He was born in Caracas, Venezuela on September 10, 1974 under the sign of Virgo, since he was very small because of the music he made himself known. In his childhood he participated in school activities of singing and folkloric dance, in the school Guayana esequiba located in the parish of caricuao, already of adolecente has the interest to develop an Afro Latin rhythm called SALSA, rhythm that his family always listened and danced in the celebrations, already from that moment the call of this rhythm became strong in him, and is where it begins to investigate, sing and form a group called JHONNY SOTO, where there is a singer and chorister performing with a little more level.
to his 18 years and to present a record contract with the orchestra of Federico jr MAGIA CARIBEÑA, where record successes as: WE WILL BE TWO ENAMORADOS, THERE IS SOMETHING IN YOU, I STAY WITH WINS, I ASK YOU PLEASE (LIVE), PASION GITANA, ASI IS THE LOVE, among others, with 14 years of experience in the orchestra, is supposed to be a comparative scenario with: OSCAR DE LEON, RAPHIE LEAVI, GILBERTO SANTA ROSA, WILLIÉ COLON, HENRY FIOL, ISMAEL MIRANDA, MARVIN SANTIAGO, LUIGI TEXIDOR, SONORA PONCEÑA, JOSÉ ALBERTO (THE CANARY), THE GREAT COMBO, ROBERTO ROHENA, ARE 14 OF CUBA, LATIN DIMENSION, ADOLECENTES, JERRY RIVERA and some Venezuelan singers, HILDEMARO, SILVA Y GUERRA among others, also worked as showgirl of: ADALBERTO SANTIAGO, ANDALO MONTAÑEZ, LALO RODRIGUEZ, TONY VEGA, EDDY SANTIAGO, WILLIE GONZALEZ, PEDRO ARROYO, NINO SEGARRA, ROBERTO LUGO, ALEX DE CASTRO, PEDRO BRULL, RAFU WARNER, LUISITO CARRION, RAULIN ROSENDO, LOS HERMANOS FIRST, WLADIMIR LOZANO, FEDERICO AND ITS COMBO, CHEO ANDUJAR, MAEL O and CHARLIE CRUZ.
Then they go internationally to the Canary Islands Spain, especially Tenerife, where they are part of the orchestra of MOISES GONZALEZ, SON IYA, where they participate in the direction of voices, choirs and improvisations, and are invited to sing two of their songs of the album ARCHIPIELAGO that are: RUMBA CALLEJERA AND LIVE IN AN ARCHIPIELAGO, is a song that is popularized in the islands, of everything it goes to Pontevedra Spain where it is located and it has its first discographic work called MY WAY where it reflects its flavor and its naturalness to the sing, in this CD include the themes: CONFUSED, IF YOU ASK FOR ME, among others, and VENEZUELA theme that extracts and is his first promotional, where he is also author and composer of all themes and there leave captured the love of his country Venezuela , as he says “I DO NOT WANT MY RUMBA AND MY SALSA DEATH BY MODISM OF THIS GLOBAL MARKET OR BY SOME RITES THAT CONFUSED US, ALWAYS KEEP THE INHERITANCE THAT LEFT THE GREAT OF A SA LSA AND THAT’S MY BLOOD ……………… ASHE FOR ALL …………… YAMIL¨ ” 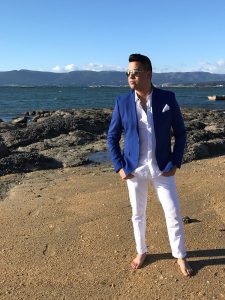 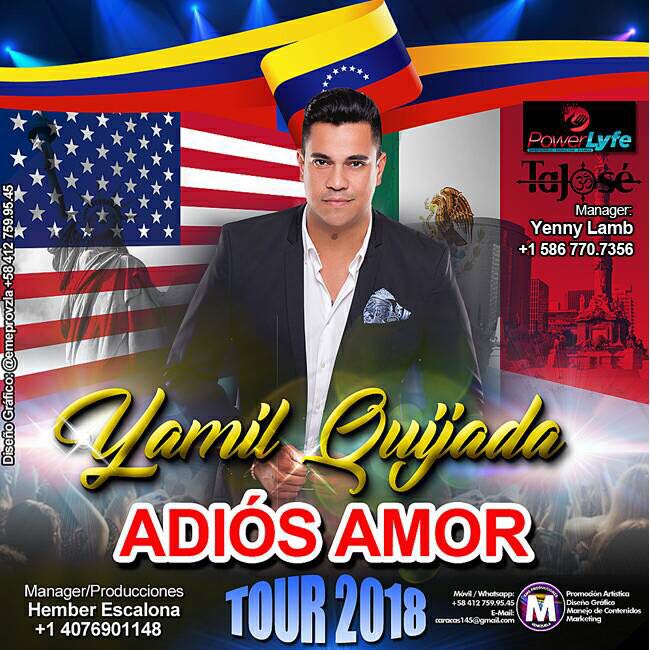